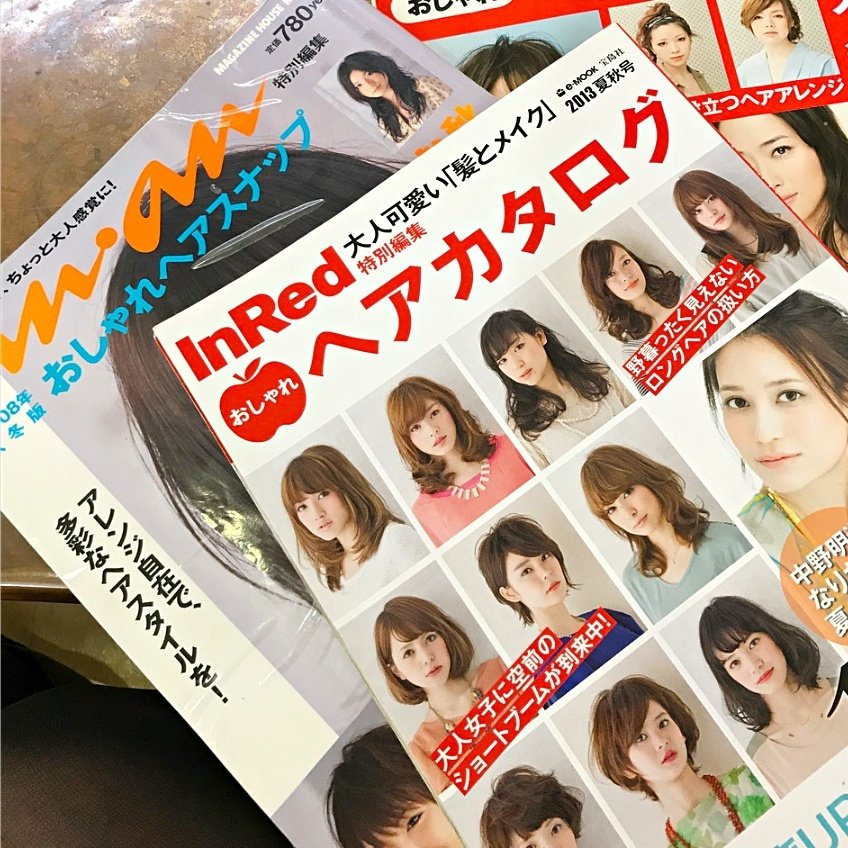 I change my hairstyle just about as often as people change their clothes. I visit the salon just about every month and I always change things up. Over the years, I’ve had everything from long mermaid hair to ear-length bob with a high undercut to shaggy mullet layers with bangs — it’s currently a boyish crop.

I always get lots of questions (in real life and online) about hair: which salon or hairstylist do I go to? How do I ask for this haircut? Where do you find hairstyle ideas? I have a few friends who are hairstylists, so I “rotate” between them, and honestly, I wouldn’t be able to really describe most of the cuts. I usually bring pictures of hair that I’ve been really liking to give them a general direction, but I do give free rein. Unless you’re truly open to anything, I wouldn’t suggest this approach.

I used to do a lot of hair modelling jobs for Japanese print hair catalogues/magazines — before smartphones and social media, they were the only accessible source where you can find a wide of range hairstyles for ideas. As a beauty-obsessed girl who loves looking at everything from pretty hair pictures to ingredients in products, I’m glad I have a plethora of information available at my fingertips now! It’s the top site in Japan for beauty-related services. Besides being able to search and book appointments, it has Japan’s most extensive hairstyles catalogue with new additions added daily! Its advanced search engine allows you to search by keywords, gender, length, texture, softness, colour, overall image (e.g. girly), and face shape.

One thing to note is that its site’s design is very typical “Japanese”. It’s very information-dense with high volumes of text-based content. If you aren’t comfortable reading Japanese (or at least familiar with Japanese sites in general), it can be overwhelming. But it’s Japan’s most popular hairstyle site for a reason — it has over 3.3 million hairstyles in its catalogue! My second most-visited hairstyles website after Hot Pepper Beauty. Its catalogue is nowhere as extensive and its search function is rudimentary, but that can be a good thing. Sometimes I just want to quickly find some styles that I like without having to click through page after page even after filtering the search results.

A lot of the hairstyles there are geared towards women and men in their 20s–40s, so nothing particularly bold or experimental. Most styles, especially short ones, have photos that clearly show the front, side, and back. Beauty navi is specifically designed for viewing on a mobile device. Its “normal” desktop site has a mobile layout so everything is unusually large, but very handy because its photos are by far the largest I’ve ever come across for Japanese hairstyles website!

It’s particularly notable for its catalogue of very on-trend short hairstyles for women — if you like bobs and boyish cuts, it’s well worth taking a look. Rasysa is probably the most well-known among non-Japanese since it has been around since 1999! Back in the day, it was the only website in Japan dedicated to hairstyles. To be honest, I seldom go on it now — I really don’t like its search function and I prefer the other sites mentioned — but I have spent many hours on it in the past.

That being said, it’s a terrific site if you just want to look at tons of hair photos and you don’t know Japanese. Its photos are bigger and it has less densely packed text — navigation isn’t an issue even if you run it through Google Translate.

All content of this website is copyright © 2023 RatzillaCosme ⸱ All Rights Reserved ⸱
No paid/sponsored content. Things you buy through my stockist links may earn me a small commission. Commissions help keep RatzillaCosme running.