Serozinc from La Roche-Posay is very nice to have in your beauty routine, especially if you’re fond of facial mists. Its blurb says that it’s a zinc sulfate-enriched “ultra-fine mist that mattifies and purifies for a clean-skin finish”, I say that it’s a just a brilliant spray for just about everything. I have used it immediately after cleansing as a soothing toning mist when the skin has been acting up, I’ve used it as a setting spray over makeup in lieu of powder, and I’ve used it as a refreshing mist throughout the day in hot, muggy weather.

The face mist’s star ingredient is zinc, more specifically, zinc sulfate (its salt form). It has long been touted for having anti-inflammatory and anti-bacterial properties; it also has been used to treat various dermatological conditions for centuries (e.g. acne, rash, and dandruff). So Serozinc is great for days when the skin is just a bit irritated, bumpy, or running amuck. A quick spritz for an extra bit of security. I can’t say that its oil-absorbing powers are life-changing — it won’t replace mattifying bases, powders, or oil-blotting papers if you have all-around oily skin — but as a refreshing face mist you could do a lot worse! It takes the edge off any greasiness without drying all the life and soul out of the unaffected parts of the face. I’d recommend blotting away oil slicks before spritzing on the Serozinc as a final sweep-over. It also works very well over makeup as a setting spray.

If you’re usually using what is essentially a bottle of scented water then do give Serozinc a try! It’s not just for oily or acne-prone skin; it’s soothing, refreshing, purifying, and not at all drying. La Roche-Posay says it can even be used on baby’s irritated bottom! A 150ml can is just US$15 at Amazon.com or Dermstore. It’s the most expensive in Japan — RRP is ¥2,300 for the same size (compared to just ₩17,000 in South Korea, which is about ¥1,700)! Japan readers, definitely stock up if you’re travelling. In France, it’s just 7.10€!

If you are finding this English content outside of RatzillaCosme.com, then the site is guilty of plagiarism! RatzillaCosme.com does not participate in paid product placement posts. All products are independently selected. Outbound retail links are affiliate links, which means that the site may earn a small commission if you click on one of these links and make a purchase. 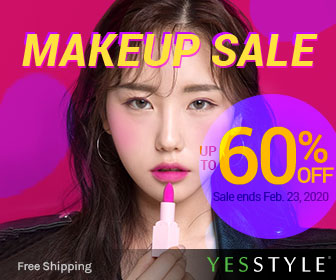